On June 16th, Diynamic Music’s very own Magdalena is starting her first Ibiza residency called “Magdalena’s Pony Farm”. The weekly event will be held every Thursday at Cipriani and on a few occasions feature surprise musical guests of Magdalena, who has previously run the renowned underground club EGO in her hometown Hamburg.

The first question anyone who hasn’t met Magdalena personally will probably ask is: why pony farm? Those who have had the pleasure of making her acquaintance will know, that Magdalena is rarely encountered by herself: she is usually surrounded by a whole posse of girls – her ponies – cruising from party to after party all over the White Island and beyond. So now, what came of a crackpot idea, is turning into a fully-fledged concept: Magdalena’s Pony Farm.

The idea of not taking yourself too serious and simply having a great time is the key element of Magdalena’s Pony Farm. Also, in her past Magdalena has been responsible for running Diynamic’s home-turf club: EGO in Hamburg. In those years she has hosted and made friends with the most credible underground electronic music artists in the scene. As those waltz in and out of Ibiza on a regular basis, it wouldn’t be a surprise to see some of them perform alongside her on Thursday nights.

So, get ready for a fresh coat of paint, Ibiza. Magdalena’s Pony Farm is coming – every Thursday, starting midnight, at Cipriani.

Each Wednesday, from 17:00 – 18:00, Magdalena will also be live on air on Ibiza Sonica Radio to give you a little taste of Magdalena’s Pony Farm the day before the event: http://www.ibizasonica.com/ 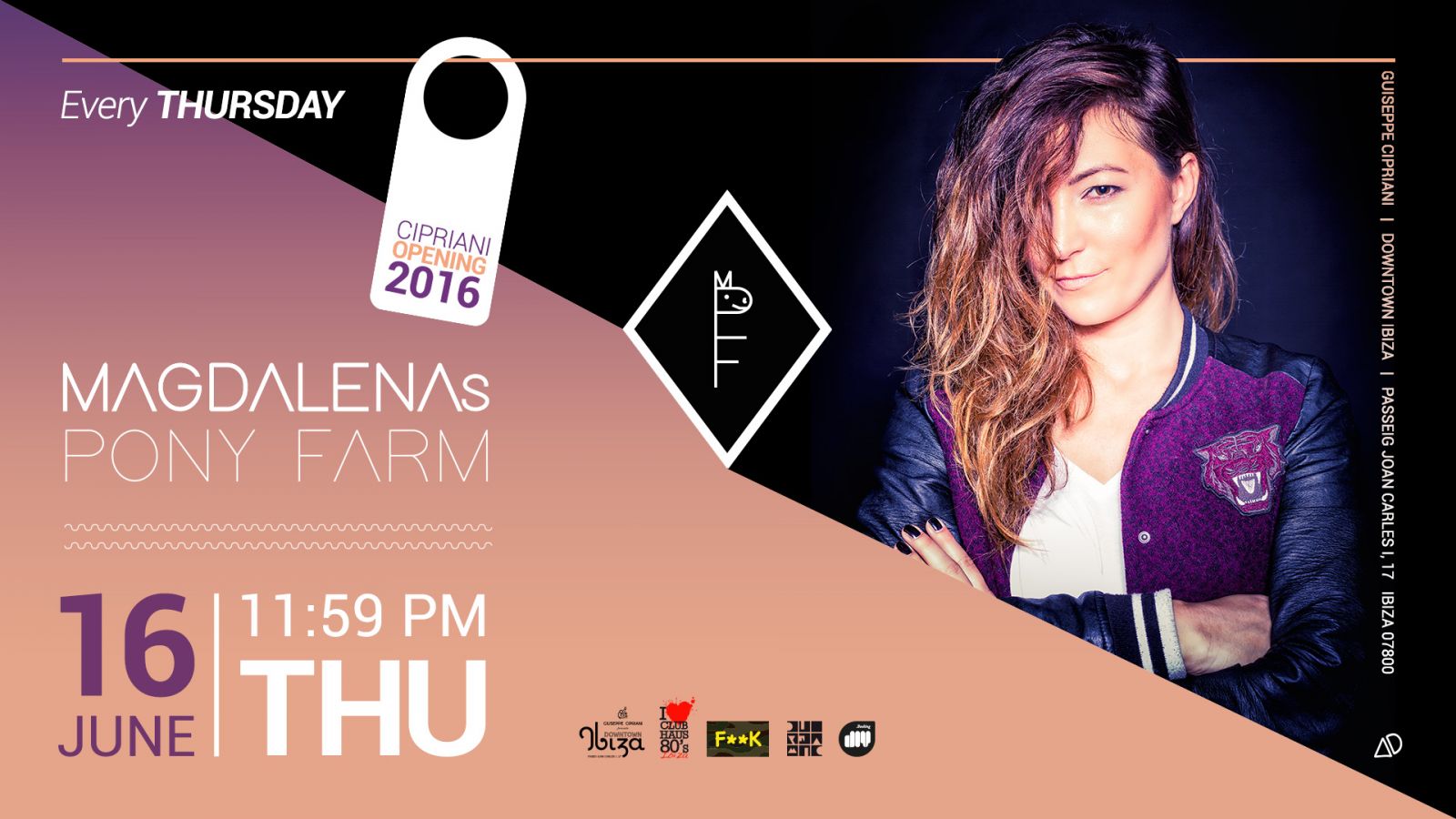 
About Diynamic:
Diynamic Music has constantly been an underground electronic music label on the rise. The motto: Do It Yourself. Founded in 2006 by Solomun and Adriano Trolio in Hamburg, nowadays undeniably amongst the best imprints worldwide with showcases all around the globe, Diynamic Festivals in Amsterdam, Istanbul, Berlin and Brazil, three different weekly residencies on Ibiza including the infamous “Solomun +1” events at Pacha and the highly acclaimed “Diynamic Outdoor” event series.