This year, Diynamic Music will not only have one, but two of their infamous events on the White Isle. First at Amnesia (23rd June) and later at DC10 (14th September).

2018 will be the first year, in which Diynamic will have two major label events on the White Isle.

For the season kick-off, the "Pyramid" event series is presenting Diynamic Ibiza as one of its key Monday events this summer. Label founder Solomun, who is also hosting his 6th season of "Solomun +1" at Pacha, will be headlining Diynamic Ibiza. Furthermore, Adriatique from Switzerland and German duo Kollektiv Turmstrasse will each bring their individual sound to the Terrace Floor. HOSH, Magdalena, Undercatt and Musumeci will deliver special sets in the Club Room of Amnesia.

In September, Diynamic will make its return to DC10. Solomun, Adriatique, HOSH, Karmon, Lehar, Johannes Brecht (live), Andy Bros and Magit Cacoon will be performing at one of Ibiza's most underground nightlife institutions. 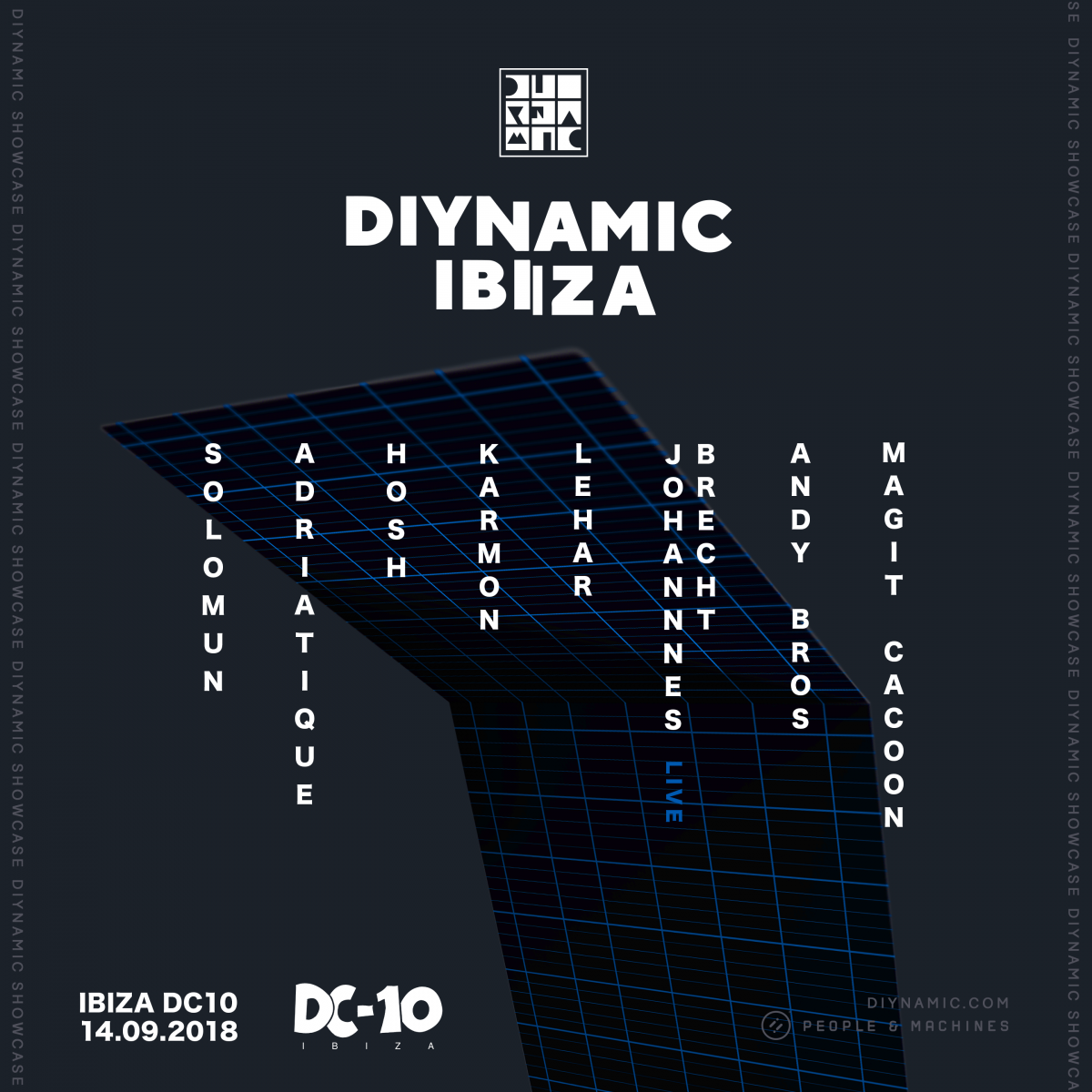 Follow the events online and get your tickets at the links below:

Diynamic Ibiza at Amnesia:
Event on Facebook: http://facebook.com/events/208060503118860/
Event on Resident Advisor: http://www.residentadvisor.net/events/1084580
Get tickets via the Amnesia website: http://tickets.amnesia.es/es/ticket/314